A great piece of advice we first received when we met the manager of the woodland company was to establish your paths first and after a 18 months that advice still rings true.

It might seem obvious but without good paths you can’t access or enjoy the space you have been lucky enough to purchase.

Creating them is not a chore but can be great fun planning where you want to go, clearing the way and then being able to stand back and look down the path you have created.

Strangely enough the one other thing that the paths highlight is the need for more paths. As you make one part more accessible you become very aware of all the dead ends. Bramble walls which halt your progress or tie you up in knots.

We have around 7 key Oaks dotted around our wood and the plan is to connect them by a network of paths so much more work to do. 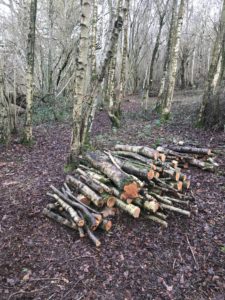 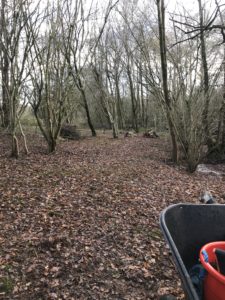